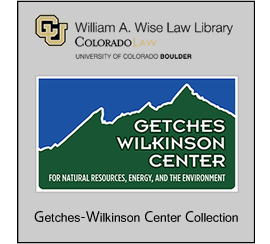 Speaker: David B. Spence, Professor, University of Texas at Austin

David Spence is Professor of Law, Politics & Regulation at the University of Texas at Austin, where he teaches in both the McCombs School of Business and the School of Law. Professor Spence is co-author of the leading energy law casebook, Energy, Economics and the Environment (Foundation Press), and has published numerous scholarly articles on subjects relating to energy policy, regulation and the regulatory process. Professor Spence's research focuses on the law and politics of energy regulation, broadly defined. His scholarly writings address the environmental regulation of the oil and gas industry and the electric utility industry, as well as economic regulation (regulation of price and competition) in the public utility industry. He has Ph.D in political science from Duke University and a J.D. from the University of North Carolina.

The law is frequently called upon to resolve regulatory conflicts that arise when a majority mildly prefers policy X, and minority strongly prefers policy not X. Two emerging bodies of case law present this problem, both associated with the growing number of challenges to local restrictions on the use of hydraulic fracturing ("fracking") to produce oil and gas. One set of cases involves claims that these local restrictions are preempted by state oil and gas law; the other involves claims that, where a local ordinance survives preemption, it amounts to a regulatory taking. This lecture explores how the distribution of the costs and benefits of fracking drive the politics that provoke preemption and takings conflicts in the first place, and how the decision rules courts use to resolve preemption and takings claims try to address those distributional concerns. A close examination of the distribution of the impacts of fracking reveals that while most of the costs (especially the least speculative costs) and many of the benefits fall on locals, other, significant costs and benefits of production extend beyond local government boundaries. This suggests that since the state subsumes more of the impacts within its borders than does the local jurisdiction, the state is better situated to produce regulation that balances the costs and benefits of fracking. However, this line of reasoning does not account for the fact that locals and nonlocals have different preference intensities over this issue. If we want a decision process that accounts for preference intensities (rather than merely preference aggregation), then local government decision-making might do a better job of maximizing welfare, particularly if local governments can capture more of the benefits of production through taxation or other transfer programs. Finally, with respect to takings claims, it seems unlikely that the Supreme Court will adjust takings doctrine to permit the use of compensation schemes that produce efficient outcomes. Rather, it seems more likely that states or the private sector will allow local governments to capture more of the benefits of fracking directly, which offers another path to efficiency.